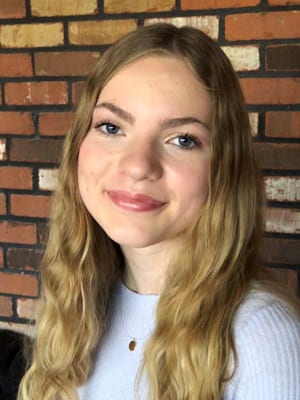 America – a beacon of hope and freedom. That’s what everyone thinks about the United States back in Germany. The fact that America is the country of independence influenced me a lot when I decided to spend one year here. I wanted to see what it was like to live in a country where everything was possible. As a German exchange student, I was fascinated by the many flags outside of people’s houses that showed how proud they were to be a part of America. I was wondering why people would be so patriotic of their own country. That was the point when I started researching America’s history and its glorious way to independence.

As I read in the history books, it was a back-breaking journey. America had many casualties, but as Bob Marley said, “It’s better to die fighting than be a prisoner all days of your life.” My respect belongs to the people that kept fighting, that never gave up even though a lot of people lost hope. There is no revolution without people that fight for it. It was a tough battle; the American army was outnumbered and not well-organized. How could anyone believe that this army could defeat the British? Other countries didn’t believe in it, but the fighters never gave up.

Even after they lost battles, they woke up the next morning, telling themselves that it was worth dying for their cause. They knew that freedom wouldn’t be given free of cost. Freedom has to be taken. Everyone is as free as they want to be. And these fighters, they wanted to be free. They laid the foundation for a free America. I speak from experience when I say that people from other countries look up to America. Why shouldn’t we? This country exists because people didn’t give up, and they fought for their cause. How can a country with a history like that not be taken as an example of freedom? It isn’t the freedom itself that makes this country admirable; it’s the people who fought for it. 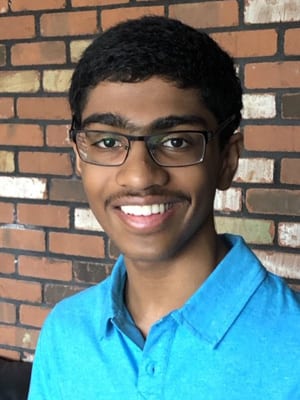 “I lift my lamp beside the golden door!” Those are the final words of Emma Lazarus’s poem New Colossus, immortalized beneath the feet of America’s literal beacon of liberty, the Statue of Liberty. For as long as we can remember, it has been a constant presence in New York City, guiding immigrants to the promise of a better land. While other nations view liberty as a concept or a privilege, Americans see liberty as a fundamental right that everyone is entitled to. Today, we almost seem to take this right for granted, yet it would have never been possible if not for the selfless and courageous sacrifices of our veterans serving in the armed forces.

As a country, our history of conflicts has always been about defending the rights we cherish. From the Revolutionary War, where Patrick Henry famously declared, “Give me liberty or give me death!” to World War II, we have broadcasted a message of tolerance and freedom through our brave and resilient military. Whether they fought in the trenches of World War I, the humid jungles of Vietnam, or the arid deserts of the Middle East, the courage and dedication these men and women displayed towards their country was humbling. Take, for example, Senator John McCain, who endured extreme torture at the hands of the Vietnamese because he didn’t want to betray his country and the values it stood for. He suffered extensive abuse and was forced to give US intelligence to the Vietnamese, yet his mental fortitude allowed him to recite the Green Bay Packers’ offensive line as his squadron mates.

Stories like these are not exceptions. There are many stories of unsung heroes who sacrificed everything for their country. They risked their life and health to defend an idea, a dream that all people should be given the right to be free. By establishing ourselves as a military power, we have become a beacon of liberty. The USA today attracts people of all religions, races, and ethnicities.

In the New Colossus, Lazarus refers to the Statue of Liberty as “The Mother of Exiles.” Our nation is a patchwork of many different cultures and backgrounds, yet we are still held together by our common values of liberty and freedom. In times of crisis, we emerge stronger. It is because of our diversity that we stand united as a beacon of liberty. After the 9/11 attacks, George W Bush addressed the nation by saying in his speech, “America was targeted for attack because we’re the brightest beacon for freedom and opportunity in the world. And no one will keep that light from shining. Today, our nation saw evil – the very worst of human nature – and we responded with the best of America.” I believe that our veterans represent the very best of America, and without them, we would still be a small nation with big dreams. 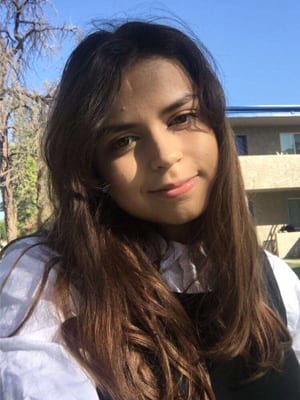 America was built upon the words of Thomas Jefferson: “We hold these truths to be self-evident: that all men are created equal; that they are endowed by their Creator with certain inalienable rights; that among these are life, liberty, and the pursuit of happiness.” America shines through its strength and emphasizes its diversity. Our nation is a beacon of light for its freedoms, opportunities, and its citizens.

America is a beacon of light for its freedoms. One of the first words that pop into your mind when you hear ‘America’ is freedom. It’s what the colonies desperately fought for in the 1770s and what we citizens continue to fight for now. Immigrants and citizens enjoy multiple freedoms such as the freedom of religion, speech, press, and the right to peacefully assemble, which is significant to American lives. They are some of the privileges most overlooked but most valuable in the US. Thousands immigrate here daily for our desirable liberties.

Furthermore, America is also a beacon of light for its opportunities. America, the land of opportunity, guides millions here daily, where there is something for everyone, whether that be a career, an education, or a family. Just like my grandfather saw when my dad was growing up. He lived in California for months to send money back to his family in Mexico. My grandpa, who found a way to support his family, kept going. Though it was a difficult sacrifice leaving his family so often, he knew America had opportunities that could aid his large family.

Additionally, America is a lit beacon because of its citizens. Americans struggled through history, but we grew stronger. There have certainly been times of terror within the US, but its citizens always shine through the darkness. Moments such as the Civil Rights Movement hold true to the brave hearts of American citizens. Liberty was restricted for people of color, segregation was rampant across the nation, and innocent lives were in potential danger for speaking their minds, but did that stop the fight for racial equality? No. Through fear and looming threats, citizens found the courage to continue until “all men are created equal; that they are endowed by their Creator with certain inalienable rights” was held true to every citizen. Even through tear gas and rubber bullets, we still find the courage to go on protests and fight against the unjust. We protest on. Americans push forward because we know it’s right. Past all the thorns and hardships, you’ll always find open arms and resilient, benevolent citizens.

America has many great aspects we uphold that make us a beacon of light. The US has offered millions of people numerous freedoms and opportunities. Even in these challenging moments, we citizens find that bright beacon within ourselves and our country, and we follow it, coming out stronger together. For decades, we’ve been a worldwide signal of safety, and for many more decades, we will remain a bright beacon giving a warm welcome to millions more. 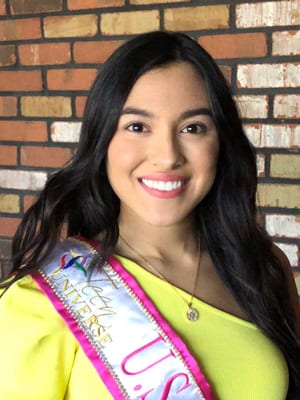 America, a land of triumph and of liberty. It is the land of the free and the land of opportunities for every individual. Our nation is exemplified by our military, which is a reflection of our people. We may not be perfect, but we are a diverse group of citizens willing to risk it all for our country and our home. Our military stands ready to risk their lives to give their people a better nation that is united with grit and independence. However, it all began on the date of July 4, 1776, when our founding fathers took a pen and stroked their signature down onto the document known as the Declaration of Independence. This brave act represented the ascendancy of liberty over tyranny. This would go down as one of the most historic events in U.S. history. Our break from the British crown served as a beacon for nations everywhere, that true liberty was possible. This historic event is something we must cherish, something we must celebrate, as we must always keep in mind the reasons for which our founding fathers fought and died.

Sitting in my history class, I learned how difficult the path to independence was for America to obtain. All the colonists wanted the same thing: fair laws, reasonable taxes, and above all, liberty to live as free people. They wanted a nation where they were not superior nor less than anyone else; they wanted a nation where all were equal in every aspect of human rights. To be free to pursue success and joy, the natural outcome of their hard work and sacrifice. To leave their mark, to inform and impact future generations to do better, to not lose hope despite inevitable hardships, and to have faith and let your voice be heard, as it is the best advocacy you can perform. America has had heroes throughout history, and our military continues to do that to this day. This sacrifice is admired and respected around the world, and as a citizen who has benefited from liberty it has provided me, I am very appreciative.

Coming from a family of immigrants, I can attest to the fact that the USA is truly a beacon of liberty for all. America might not be perfect in some people’s eyes, but for those who know the real meaning of liberty, especially a young person like me, there could be no better place. I am beyond proud and honored to be born in the land of rights, freedom, and liberty. A place where I can breathe in peace, despite the pigment of my skin. A place I call home, a place that has offered me a myriad of opportunities to get to where I want to be and to reach my goals. It is all seen, known, and respected. Thank you, my America, and thank you for those who sacrificed it all to ensure our independence and our freedom.